Can I have the same name as another business? 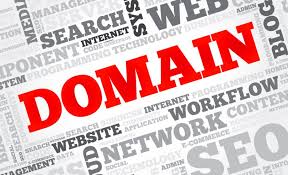 In the current market segment, the rivals that exist within an industry are countless. Thus the competition is at its peak that you need to be perfect in every move you put forward. In such a scenario, the naming of the business also plays the same important role as the functions of the company.

When you start a company, you technically become a newbie in the industry, which is new to the market place just like a fresher in the college environment. The foremost and the basic elements that you need to focus on that stage is the naming of the firm. It is not encouraged that you copy the name of an existing company. Instead, there are several options you can go for business name ideas.

There are several online name generating apps and software that helps you find a catchy and impressive name for the company based on your interest. The keen most aim should be to make it small and memorable and at the same time be able to communicate the basic core objectives of your company.

People can go crazy by naming the company purely based on their curiosity. Such names can attract the customers and at the same time might also make the audience raise a question in themselves about what services you offer. Thus being a startup, it is advised to play safe with the business name ideas so that you are noticed and at the same, you are able to portray the values that your company proposes.

Business name ideas can arise from various sources. You can either for a simple name that closely relates to the company’s function. Or you can have detailed research on various names, suggestions, survey within the company or a lot many more ways.

This is important to be extremely careful because it is the name of the firm that people notices first when they encounter with you.

It is the name of the company that people use to identify and differentiate you from your rivals in the industry.

Thus naming is a vital process as it remains as a tagged label on your business forever till the business is in the market. Though many have assumptions that it is not the name, the performance that matter, it is noted that the customers whether being in a buyer or a supplier, look for the impact that creates within themselves by the company name that approaches them.

The ultimate aim of any business is to make itself at the very top position in the industry they are a part of. It is possible predominantly by the performance they make through their production, quality and their services. But at the same time, the name of the company also draws major attention of the buyers and shareholders.

Therefore whatever be the strategies you come forward with to give a deadly competition with the rivals, make sure that your company name is on the same pace with that of the services that you provide to the public.